Syflex updated for use with LightWave 2018! Syflex for LightWave 2018 is now available.

Some of you may have missed this as no formal email communication from the developer was made, however a couple of days ago a new version of Syflex was released for Syflex/LW
users, to make use of in LW 2018.  This update was rather unexpected, but certainly welcomed and it’s actually kind of a big deal as it does some new “tricks” rather than just simply “work” with LW 2018.

Here is some work done with Syflex in LW that you may recognize if you need a reminder as to what this thing does.

Anyway, some details now…|
From the developer’s website…
“We are starting 2018 with a big/small update to Syflex for LightWave.
Small because it’s just one new force.
Big because it offers new possibilities to model clothes.
Syflex for LightWave now features sewing forces.
Model clothes from flat panels stitched together.
In this picture, there are 4 sewing forces: for the sides of the cloth and for the straps.
The stitches can be animated like zippers.  Available for LightWave 2018.
As usual, this update is free for existing users.”

Sounds really cool right? Absolutely! Stitching is a big, big deal. Why? Well, you will have to find out for yourself, but it starts to touch on things that Marvelous Designer had an exclusive lock on it seemed for functionality. It is also looking like it will make certain things not just possible, but really easy in LightWave that, at least prior to this update for Syflex, were incredibly difficult, next to impossible to conceptualize let alone work through and get set up, or incredibly, horrifically slow to work with to the point of non-functional. Even then, producing usable results had always felt like a roll of the dice.

MD users or people thinking about picking up Marvelous Designer for whatever reason may want to check out Syflex as a viable option to certain operations that Marvelous Designer is known for.
Someone did an example of clothes using Syflex to “make” them. Although it’s a C4D artist who did it, it’s looking like we are going to get what they get and not a ‘light or almost there version” with this update. Check out the animation on Instagram.

Syflex though is mostly known for its speed. That’s certainly where Syflex is going to rock overall. New features/forces notwithstanding. The speed a which it can calculate ruins most physics engines, even some GPU based ones. Not even with the improvements to Bullet in LW 2018, can it even remotely come close to physics performance (calculation time for an animation using physics) of Syflex in 2015.3 or any previous version of LW you may want to try it on. WYSIWYG and quick! Look, Bullet is great but… Syflex is stupid fast comparatively. It just simply cannot be matched when it comes to this alone and I’m sure a big reason as to why people keep it handy if only to use it ‘here and there”. I’m thinking its going to see a lot more game time with this update for LW 2018 and the new feature/function it brings. For me, any time we see a 3rd party plug-in, especially obscure ones like Syflx upgraded so quickly after a new LW release it really gives you warm fuzzy vibes and I will take em! The update is very much appreciated and welcomed! A free upgrade is fun times to and the timing is near… twigh-light-zone-ish. I need it for a project and was going to do it in LW 2015.3 until this came along. So I’m really happy it did, when it did.  Good stuff!

Now for those of you wondering how the heck you get your updated copy, well its kind of a secret! No….! Just kidding… Well actually, its easy to miss if you read things fast so pay attention!

Here is what you do:
Step 1: Go to the download email that you received when you purchased Syflex originally.
Copy the URL link to Syflex found in the email and paste in into your browswer URL field. Before you hit enter, you need to change it slightly. Specifically to reflect the current version. For example, you now want to go to this URL for this new release update (which is Version 1.3.1) www.syflex.biz/sylw/syflex131.zip
Use the same, provided username and password as before when you hit the restricted access pop up in your browser. It should download and you are all happy fluffy.

That’s all there is to it!

If Step 1 fails (lost the email for example) proceed to Step 2
Step 2 Email the developer with the subject line “Lost download email for LW syflex” or something along those lines and you should be sent fresh link action shortly after.

Oh! If you need to brush up on the plug-in, remember that Ryan Roye covered it all in an earlier version a few years back in The Syflex Workflow Guide
Many of you actually got Syflex on discount because of a special that we did. But if you are new to Syflex, did you know that it was Liberty3d.com who worked with the developer in order to work it out so that the price of the plug-in is now $200.00 instead of over $1000!?

Yup, that’s because of us and Ryan Roye making the cases by driving a market (LW Users) towards a product most had either forgotten about, never heard of or was previously out of their price range. That and solid video tutorial action from Ryan really sealed the deal and helped sell it into the LW community.

We cover the bases so to speak and then some.
Enjoy!

That’s right! Use the Coupon Code: L3DChristmasSale-2019 and save 25% off your purchases and almost everythingRead More 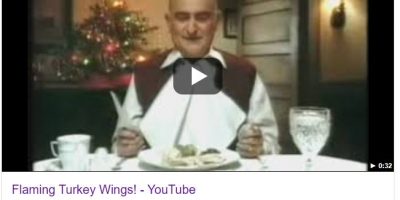 One Comment to Syflex updated for use with LightWave 2018!