So you think Stereo3D is a fad? Guess again. 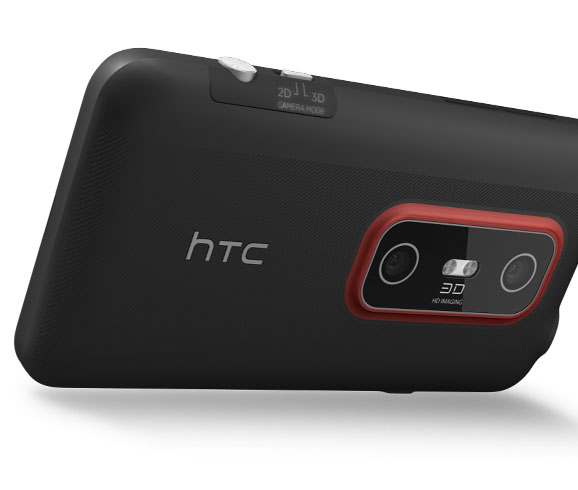 For those of you who are still having doubts about Stereoscopic 3D and its longevity you need to pull your head out of your Apple product for more than 30 seconds and take a look around. Steve Jobs is WAY behind the curve on this and everyone except for the Apple Faithful are aware of this. HTC, a company whose products I have used and currently have an HTC Tytn II Phone from several years ago now (and it’s still working really good all things considered) has fully released it’s debut 3D phone. I give you the HTC Evo 3D. Not only is this phone equipped with a 3D stereoscopic glasses free screen, it also shoots in both 2D and 3D with video at resolutions up to 720p. No screwing around, there were rumors of this phone “existing” but I didn’t think it was going to hit the market until the fall after checking out the HTC Booth at CES this January in Las Vegas. It didn’t make a difference though because EVERYONE was touting prototypes and working units of 3D phones, TVs, Computer monitors, even picture frames! Several of my meetings (NDA stuff you won’t know about until we let you unfortunately) dealt with this subject matter and if you knew what I know… oh boy… Get ready. Because if you’re not, your screwed! More information can be found here. Check out the YoutubeVideo as well which you can see below. My only complaint? It’s WCDMA! WHAT? Can’t we have 3G or even 4G? On top of that, its not available in Canada (figures) and even if it was it would be at full price – forget getting it on a plan. Canada sucks for phones and phone companies, but thankfully HTC isn’t stupid and provides private resellers stock either direct from Taiwan or through regional distributors, so for you early adopters, you can get this phone right away. I’m in line myself. 🙂
Industry News Comments Off on So you think Stereo3D is a fad? Guess again. Print this News