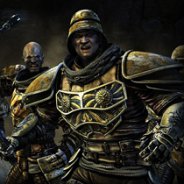 News came earlier this week that Ignition London (aka Digi-guys or Digi-Lies depending on who you ask) has finally been forced to can Project Kane, WarDevil, Enigma, or whatever the hell it was they were working on after 9 -10 years in development. The article link below says 5 years, but that’s since Ignition bought them and turned them into the UTV family of companies. The actual development time on that “title” was closer to a full 10 years and was a complete waste of money. I worked at Digi-GuysRead More

The countdown to Siggraph 2011 has begun. Several Liberty3d.com Citizens and supporters will be in attendance. Will you? Siggraph 2011 is in Vancouver, Canada this year for the first time. Unlike the “failed” Boston, Siggraph of 2006, Vancouver makes for a much better location as its the second largest VFX production city and the largest gaming production city in the world. With close proximity to Los Angeles and of course Seattle (ie Redmond) its a perfect choice to host the event. Liberty3d.com will be following the event and hopefully evenRead More

Just wanted everyone to know that NewTek came through for us. Awesome stuff. Special thanks from me and everyone at Iron Sky VFX/Energia to the wonderful people at NewTek EU and NewTek USA. 🙂

Well its become hot again here in Tampere and the office is – how to put this mildly… Frakken hot! Not much we can do about it however as we are rendering some very long (+500 frames per pass) establishing shotsÂ  and need all the care and quality that we can afford to throw at them at this time. I’m not too keen on the render controller being used which will remain nameless. It requires way too many hops and skips and jumps to submit a job and while itRead More

Many of you know that I have another life outside of 3D and that’s DJing and electronic dance music production. I am also a huge fan of musical scores for feature films and TV and one of the tools that I use in my track productions is Nexus from ReFX – who are now located (formerly in Germany) just south of Vancouver after moving here last year. ReFX makes several great VST plug-ins for sequencers that make use of the technology but their flagship product Nexus really takes things toRead More

It’s Saturday today and also ‘Mid Summer Fest’ weekend which seems to have been more of a “celebrate monsoon season” event where everyone abandons Tampere for the lakes and cottages. We have been joking about how it would have been great to shoot the Zombie edition of Iron Sky this weekend since not even the Poliisi are out, nowhere to be found – to give a shooting crew any hassle. Shooting permits? It’s the weekend what permit! The place is totally empty and devoid of traffic, people and even soundRead More

Lightwave 9.6.1 was released from beta program and can now be downloaded by all LW9 license holders and will use your standard LW9 License code.   The biggest difference between 9.6 and 9.6.1 is that there is a 64-bit version available for the Mac.   The announcement was made in an existing thread in the open beta section of Newtek’s forums on June 8, 2011. The build number on the release version is 1555.

So I have now been here for a full 30 days – at least 1 month calendar wise that is. Luke and I are about to be joined by two LightWave3D artists (like us) this week. This is a good thing as there is a lot of work to do – but we are making huge steps forward now that things are being locked down and finalized. That’s the biggest trick to doing a show like this or even a TV show like when I was on BSG. There hasRead More

Well, its been 30 days since we have started here in Finland more or less. Things are going well and we are about to get a big speed boost once we recharge our batteries. The LightWave3D team is going to be joined by two very talented artists in a few days and starting July 1st we really put the pedal to the metal on 3 major sequences. All of the hard work that Luke and a handful of the other guys who have been participating on the texturing side ofRead More

Adam Gibson has released volumes 1-3 of his training videos covering the tools of the excellent (some say indispensable) LWCAD modeling plug-in.

I just checked my cel phone bill for the month while being over here. My bill for having one long distance call for 32 minutes, plus less than 10% of my data package consumed totals… (brace yourself) $701.80CND. I did some checking with the carrier over here that is partnered with Rogers.ca and they said the rates are complete BS and that Rogers is pretty much out to lunch if they think they can get away with this. There are two reasons for this and for them (Fin Sonera). First,Read More

It’s Saturday afternoon here in Tampere and it’s muggy. Thankfully Samuli and I are the only two people in the office. I think Luke is dead. He came in last night at about 4AM after being here since 2PM Friday non-stop, working through that time on our Death Blimps in Space objects. It would have been nice in many ways to have the models built originally in LightWave after having dealt with a few major symmetry problems and some very odd “additional polys” weirdness that’s taken place somewhere along theRead More

After a hard week of work, sickness, coughing, bad Finnish cuisine (hello HesBurger – which I consider to be high end here for fast food or any other food) and very irregular sleep plus a lot of Acai Berry Juice (check out www.theberrycompany.co.uk – this stuff has become my new Dr Pepper for the show) we are finally in a position to lay down the rest of the previs and continue on with additional shot production. Several slices of toast and eggywegs (Luke loves eggs on toast) were harmed. TheRead More

As many of you know, Liberty3d.com has a great tool called “QuadPanels” written by our own awesome Citizen, James Willmott. Another great thing is that when you buy it comes with [a coupon code for 25% off] Fabio’s Nurnies collection 1 and 2. I cannot tell you how powerful of a combination these products are. Right now Luke is making use of this combination, bolting extra “gack” onto our Zeppelins of Death (ZoDs for short as we have come to know them) to give them more “life”? Does that soundRead More

FX Guide is generally a no BS site, (kind of like Liberty3d.com) when it comes to calling it as they see it. Here is an interview with Steve Roberts, the CEO of Eyeon Software. I think everyone who composites and even does 3D work only right now should listen and or read the article itself. Here is the link to check it out. If you didn’t get a copy of Fusion back when I did that promotion with that “other company” or missed out on the NAB deal this year,Read More

I’m pretty sick today after I started to feel my annual sinus and ear infection coming on. It’s early this year. The last really bad one was in December so I guess it must be the apocalypse or something. It could also be delayed from the incredibly horrible plane ride over here on Air Berlin. It was as hot on that plane the entire ride (11 hours) as it has been here in the office for the last two weeks. Nasty stuff. Anyway, Luke is passed out back at theRead More

Luke and I are here in the office doing a bit of half on half off day so we can do laundry and spend some kind of time sleeping a full 8-10 hours. Think of it as base camp activities before we have to go back out on patrol hunting space nazis. The heat in here, even though its trying outside, to rain – its still brutal. I feel that it’s incredibly unfair for anyone to have to work in this heat and I’m going to try do something aboutRead More

Well, back in the office again. Luke and I are doing final touches and trying to accommodate everyone’s input on one of the capital ships. It’s not easy going but we are getting there. Everything goes into render tonight thankfully as we can swap out textures and re-render or render certain elements as matte objects and get it done. My only major concern right now is that its at least 38degress C in here and we have only half of the dedicated render farm system on at the moment. TheRead More

I just sent Luke home after he had pulled about 18 hours straight. I am here doing some last minute tests before heading home myself. All we have left to do for our next batch of renders is do some object swap outs, tripple check everything for placement, light the scene for key, fill, bounce (no big deal – I can do that in my sleep and probably will have to) , set up the break out scenes and throw it on the farm. I hope the power holds forRead More

One thing I have learned about working in mixed pipelines over the last 5 years is to NEVER let an artist who works in the “other package” to leave the establishment until all things they were supposed to do for you after pointing them out and asking for things to be done on time every time and exacting to your specifications. If they manage to sneak out, you may find that its faster for you to rebuild the thingy in LightWave the way you want it and need it thanRead More