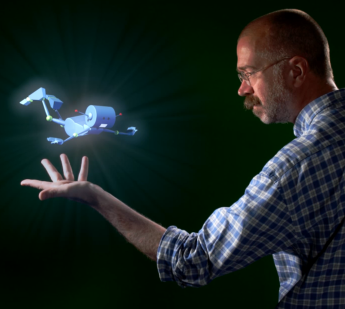 We already mention this great little gem from Vincent Mesman august 8th. He (Vincent) has been updating this free (java-)script and added some nice additional features:         Now you can also use Events with Generated Media (text, color gradients, etc) to generate a LWS scene file. Supported Event types: GENERATED MEDIA will be exported as a single frame AVI (to be looped in LW) or as a multi frame AVI if the generated media has been animated. SINGLE IMAGES will be copied to the project map or exported as AVI backplate if the image has been animated. RENDERING: If you select one or more events that are linked to a valid LWS, LW-link asks if you want to open them or if you want to send them (all-together or one-by-one) to ScreamerNet after you select a Render Quality Preset. Here are two video’s demonstrating some of the functions: http://www.vimeo.com/27381308 http://www.vimeo.com/28378997 This free (java-)script can be downloaded from : http://members.upc.nl/c.koppes1/LW-link.zip
editor, free, javascript, LightWave, link, sync, vegas, video Industry News One Comment » Print this News