Chilton Webb and Kat have been incredibly busy over the last couple of weeks putting on the finishing touches to UberCam 2.0. You can check out some of the new features by visiting this link which is the UberCam product page. It’s in the middle of being updated with more videos but we wanted to give you a more detailed run down in this post here on Liberty3d.com. First of all we want to thank our UberCam users for your patience while waiting for this release as well as for your support and encouragement over the years since the UberCam product was first launched. UberCam 2.0 is a unique “LightWave first” with the added support of the Oculus Rift VR Headset (DK1.1 and DK2 are supported*) plus the addition of some new cameras (namely the Immersive Camera and the Surface Baking Camera) and tools for LightWave artists. We mean “LightWave first” in a similar way that when Fprime from Worley Labs came out over a decade ago -there was nothing like it anywhere in any other 3D package. It’s been awhile since LightWave had another one of these and UberCam 2.0 represents that. No other 3D package on the market has the tools available to it that UberCam brings to the table. Now with Oculus Rift VR support we can say that we are very happy with where things are headed with UberCam after 3 long years of research, development and testing not to mention hearing from our customers on bugs, feature ideas and more. We are not stopping here however. We some very exciting plans that are being in the works that we will provide to UberCam 2.0 users in a series of updates shortly. This includes support for other VR headsets (can’t say which just yet – still dealing with manufacturers reps), Android smartphones, GoogleCardboard and more. We have included several new plug-ins in the package that support the Oculus Rift and you can now use it in your VR creations directly as a tool instead of having to port your scenes over to Unreal UDK or to Unity3D first to see them with the Rift headset. First and foremost we produced these tools for content creators to use while they are creating and keep the technical hassle down to a bare minimum. Some of these new plug-ins are described below. The text here is taken directly from our manual so if you want to check that out and just get right into it click here. “First, there is the UberRift Viewer Window Plug-in simply called “L3DRiftViewer64.p” or “L3DRiftViewer32.p” for PC installations. This plug-in provides for a floating window clone of your primary layout viewport and is intended for use with the Oculus Rift VR Head Mounted Display. This cloned viewport applies the correct barrel distortion to your camera view for use with the Oculus Rift VR Head Mounted Display and eliminates the need for you to export your scene to a game engine such as Unity3D or Unreal Developer Kit in order to see your work in VR with the Oculus Rift. It supports both of the currently available Oculus Rift Developer Kits; 1.1 and 2.0. Second, there is an Image Filter Plug-in called “L3DStereoF64.p” (64bit version, 32bit and OSX versions are named appropriately) that applies the correct barrel distortion to a Liberty3D Stereo Cam rendered image. This plug-in will apply the distortion in F9, F10 and LWSN renders. Lastly there is the L3DVRHeadset64.p (x64 Windows) or L3DVRHeadset32.p (x86 Windows) or VRHeadset.plugin (Mac). This plug-in provides for Oculus Rift rotational head tracking (positional tracking will be made available at a later time) capability via LightWave’s Virtual Studio Tools. It consists of two main components; a VR Headset Manager which is found under the Virtual Studio Tools Device Manager Panel and an Item Info Device node that connects a Virtual Studio Tools ItemMotion:Camera Trait to the VR Headset Manager. These combine to give you the real-time rotational head tracking of the Oculus Rift. It is intended to be applied to the rotation of a camera, but can be added to any item in a 3D scene such as a Null, Light or Object providing you with an additional real-time input device option with Virtual Studio Tools.” We have some videos for you to check out showing off some of the new features of UberCam 2.0! Here is a video showing by Kat showing you just how easy it is to set up the Oculus Rift (DK 1.1 version) inside Virtual Studio Tools. This gives you real-time rotational head tracking from the Oculus Rift. Put on your Rift and look around your LightWave3D scenes in Virtual Reality! 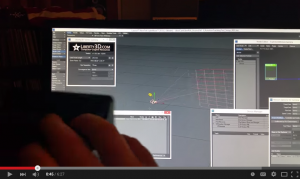 Here is another video by Chilton Webb showing our new Immersive Camera in UberCam 2.0. You want to pay attention to this one because you can now make cool videos on youtube that are in 360degree spherical format! This format is going to explode (actually it already is) as it works on everyday smartphones, Google Cardboard and youtube and let’s you pan around. 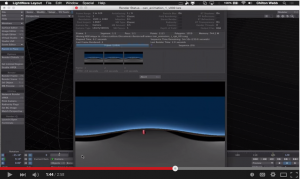 If you are wondering what the big deal is about the Immersive Camera and are wondering what it’s used for – well here is  a perfect example. If you have Google Chrome, FireFox or the latest youtube.com app for your android smart phone you can watch this awesome Avengers: Age of Ultron demo (which was produced originally for the Samsung GearVR headset) and pan around while it plays. 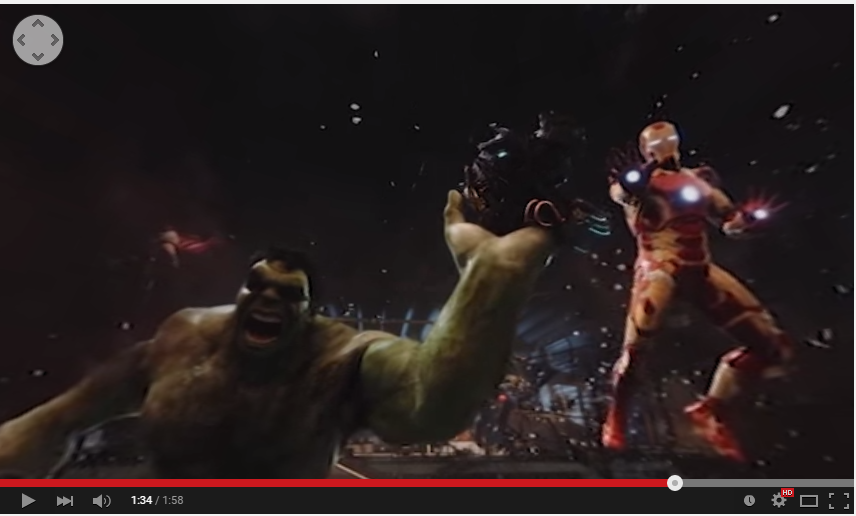 The Liberty3D Immersive Camera is something we are very excited about at Liberty3d.com because it can produce physically correct, distortion free 360 degree VR video easily. Put it in your scene, move it around if you like (and yes you can rotate it, just be considerate of your audience), render and go. You can have your animations up on Youtube for viewing online in minutes after your render is finished. It’s very important for LightWave3D artists to understand that this new video format is being pushed heavily by google/youtube. Indeed, just this week Youtube announced that it will start injecting 360 degree VR video as advertisements to normal videos or other 360 degree VR content. This is a big opportunity for all of us as LightWave3D artists because not only is google hungry for content to supply the freshly created 1.1million cardboard users that now exist after several companies handed out Google Cardboard units at ComiCon 2015 (including SyFy Channel btw) but also because a fresh new market for advertisements to go with it in this format has just been born. You can now pick up clients who want 360 Degree advertising on youtube using the tools we have produced in UberCam 2.0, especially the Immersive Camera. It’s absolutely perfect for this and anyone who knows LightWave can use it right now. Thing about 360 degree architectural walk throughs, virtual kitchens or living rooms, product shots, anything you or your client can imagine in 3D can now be done in VR. A new use for UberCam’s 4 up camera is Holographic Video Pyramids. These have been around for a while but only recently has their been an uptick in interest.  Download the manual and check out pages 22 and 23 for more information on how UberCam can be used to create these videos easily. To get a better idea of what we are talking about check these links below. http://thefutureofthings.com/5151-holho-make-your-tablet-a-videohologram-projector/ http://www.instructables.com/id/Reflective-Prism/ https://www.youtube.com/watch?v=UFhhIOaGW7U https://www.google.com/search?q=making+your+own+hologram+pyramid&espv=2&biw=1057&bih=682&tbm=isch&tbo=u& Needless to say there have been massive improvements across the rest of the camera offerings that were available prior to UberCam 2.0. From our classic stereoscopic camera to the very popular super pano camera, each one of them has been improved in some way. For a full list of cameras, features, use cases and a look into our manual, download the PDF here. Get UberCam 2.0 for only $69.95 USD Enter in your Product Lock ID: Number(s) for LightwWave below and click add to cart! [wp_eStore:product_id:76:end]
360, Augmented, liberty3d, LightWave, Oculus, Reality, Tools, Liberty Training, Uber, UberCam, Ubercam 2.0?, unity, Unity3D, unreal, video, videos, Virtual, VR Featured, FeatureSlider, Industry News, Official, Tools One Comment » Print this News