It’s our 8th Anniversary! Save 25% by using the code: L3D8YEARSSTRONG 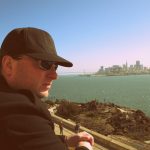 What may seem like a short time for us and many of you out there, it was really 8 years ago that Larry Shultz, Petter Sundnes, Adam Gibson, Kevin Philips, James Willmott and I, started Liberty3d.com in 2010. Today we are joined by Chilton Webb, Stephen Burns, Ryan Roye, Dana Burman, Phil Nolan, Tom Roth, Craig Monnis, Luke Whitehorn, Jeremy Hughes and Elvis Blazencic with additional contributions made by many more LightWave3D users and supporters including Jim Talley, Mark Ross, Emily Albee, Wes Sargent, Pete Sussi and Mike Green. The list is long and includes people from all over the world, so my apologies in advance to anyone whose name doesn’t appear here. When Larry and I first talked about doing this back in early 2009, we came to an agreement quickly on two, basic, yet incredibly vital and important founding principles. The first being that the LightWave3D community would continue to have access to quality, affordable, highly informative training that would constantly be evolving. Not only with the changes in the software but also with the needs of its users doing what it is known for in TV and Film VFX, but in any and all areas where it could be used back then and in the future.  Training titles needed to cover both basic and advanced general(ist) use topics. We would also need to provide real-world, project-based in nature training. After all, it’s one thing to understand what all the buttons and functions do in a 3D animation package such as LightWave3D, but it is a completely different thing entirely when it comes to understanding how those buttons and functions can be used to produce 3D artwork in a production environment. Small or large, from independent filmmaker or game developer to studio artist working on a high profile movie or TV show; the need to address all of these areas or sections in terms of training for users of all skill levels and experience had to be kept in mind. Always. The second founding principle of Liberty3D.com was to ensure that the producers of this material would be able to remain in control of their products transparently amongst each other, with customer support coming from the site in a unified, highly responsive manner while preserving their independence as artists or programmers. This structure was carefully considered and deliberately designed in order to ensure that no matter what, the site would go on and the users of LightWave3D and other programs we provide training for would continue to able to do so as would the producers of that material as intended and desired in this way.  This “great experiment” if you will, has been a great success and continues to be so. These founding principles and our structure, have been put to the test a few times. The strength and solidity of those principles is clear. Perhaps more so now than ever before, especially considering when we started. While some may know part of the story behind that, the full story is not known by anyone except for me now. For the moment that is the way it has to be. Perhaps someday, the full story will be told along with a few others. But after 8 years, 4 full releases of LightWave3D, two NT/LWG LightWave presidents, over 400 products, several triumphs and a few tragedies later including the untimely passing of Larry on November 24th, 2012, – we are still here. The great experiment worked and continues on. Liberty3d.com is still here and LightWave3D is still here. The community is stronger and growing as a result. It has been a rough ride though. That is certainly true.  But indeed, that is a big part of why we started in the first place.  To provide guidance and support to everyone who uses the product known as LightWave3D, whether they just started with it or are longtime users no matter the circumstances or challenges faced. Content creators and programmers, hobbyists to professionals. We all have different reasons as to why we use LightWave, but one thing that unifies all of us is that we love it and that is why we do what we do here at Liberty3d.com. The LightWave3D community is absolutely legendary and recognized around the world by users of other 3D applications as being the most vibrant and supportive of any CG product in existence.  That says something. That “shining city on a hill”, to borrow a phrase. Let’s never lose sight of that and we should be proud of it. I personally want to say thank you to each and everyone one of our Citizens past, present and a welcome, to those joining us in the future here at Liberty3d.com. I also want to say thank you on behalf of us at Liberty3d.com to the LightWave3D community at large, NewTek Inc., and the development team at The LightWave Group for all of your support, patronage and hard work in making LightWave3D Great, AGAIN. Let’s keep it that way. To celebrate and as a part of our thank you, customers of Liberty3d.com who use the coupon code: L3D8YEARSSTRONG will receive 25% off their purchases of almost everything in the store for a limited time. We have several new titles that have been released (including one of mine which came out yesterday) and many more on the way as well as updates to several of our key products in the works, including AR Portfolio and UberCam. Please make sure to use that coupon code. It means a lot to us when you do. Cheers, and thanks again.