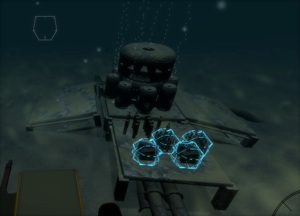 Chilton Webb, Unity3D guru and LightWave3D developer (Formerly with NewTek’s 3D Division) has been very busy working on his latest creation and now it’s available! This is a great example of what one guy can do with LightWave3D and Unity and we want you to check it out. Here is some copy from the website with some screen shoots and links for the game on your favorite OS. Deep in the Pacific Ocean, a secret military operation has uncovered something sinister. And the International research station Dark Reef is in its path. Itâ€™s up to you to protect the station and its inhabitants while they race to unravel the origin and secrets of this mysterious new force. You are the stationâ€™s last line of defense, protecting The Dark Reef science team from the onslaught of a mysterious and inhuman foe.Â But this won’t be a traditional video game! Each week, a new episode will be released, continuing that monthâ€™s chapter in the storyline. Some chapters will put you in the pilot’s seat, flying powerful underwater assault craft. Some chapters will put you in charge of a massive robot army to command (real-time strategy). And some chapters will even put you in a combat diving suit (first person shooter). Once a month, the first episode (which will set the scene for that month’s story) will be released free to the general public. The rest will only be available ONLY to subscribers. You can buy a subscription for $5 a month, which gives you free access to all of the episodes released that month. And you can cancel at any time.Â The first episode is online now. Download Episode 1, and see what itâ€™s all about! Subscribe today forÂ Chapter 1: Episodes 1 through 5! http://www.thedarkreef.com/ 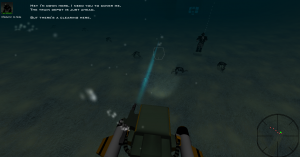 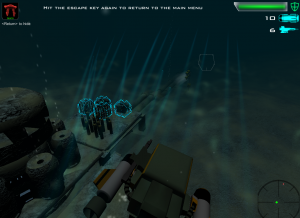