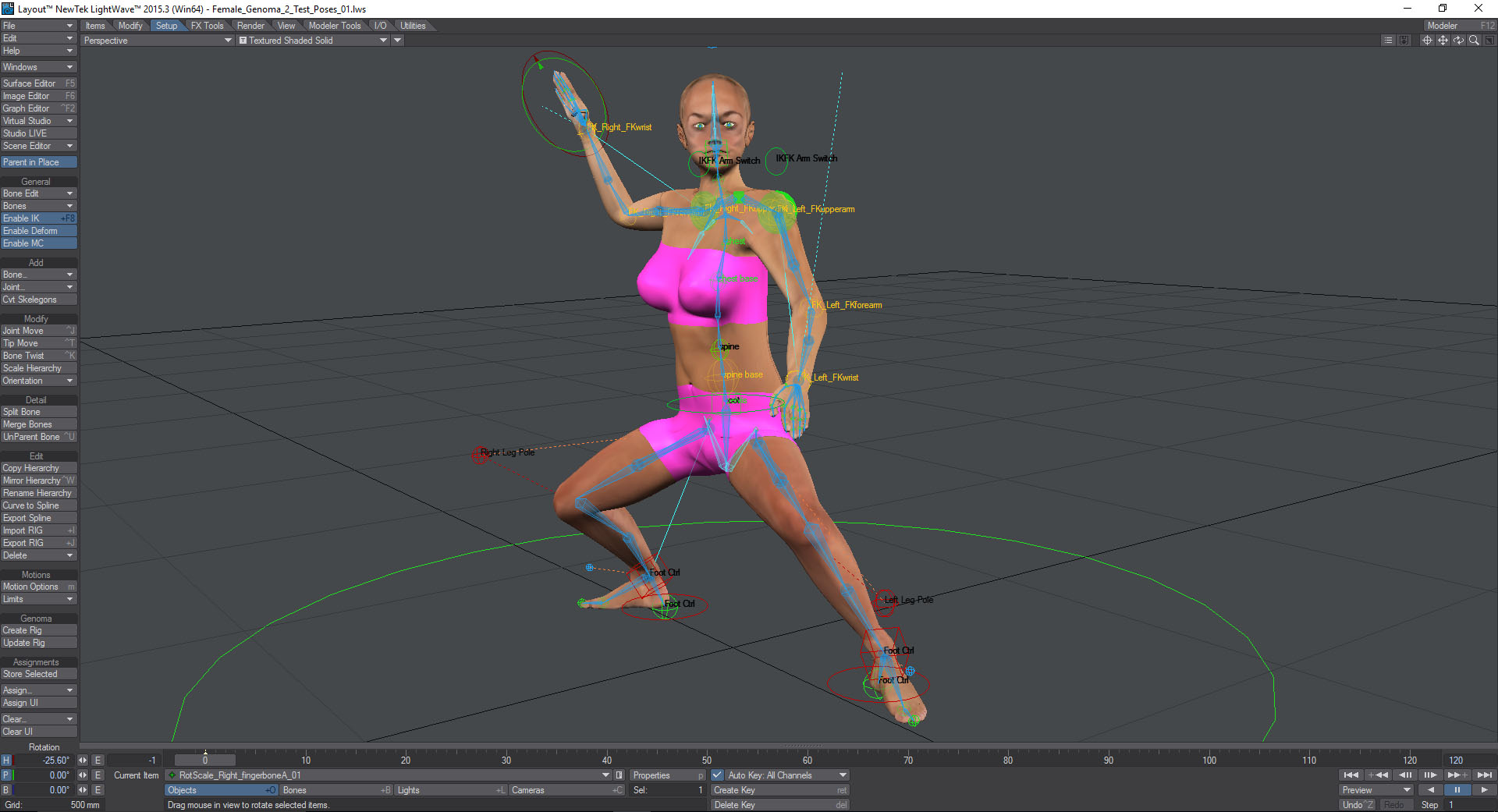 This massive Character Rigging Course is designed specifically for beginner 3D students who have never rigged a character in Lightwave or any other 3D package.

-Basic rigging concepts and principles are shown to get you up and started fast allowing you to be able to easily pose and control your characters movements with Lightwave’s powerful rigging toolset. -In this highly detailed course a Human Biped Character will be rigged using Lightwave’s traditional rigging toolset first and then using the Genoma 2 Bi-Ped Rig (Lightwave’s Auto-Rigging System). -Learn how to Use and Download 2 pieces of “Free Character Creation Software” so that you can build thousands of your own detailed characters of all shapes and sizes that you can export and use in your Lightwave projects.

-Also learn how you can import and use beautiful “DAZ 3D” & “Make Human” Characters in Lightwave 3D. *Note: This course is not recommended for advanced-level or experienced rigging artists. *Bonus: Content Folder Included containing Scene, Model files, and Printable Pin-Up Notes/Diagrams from the tutorials.