Fusion for LightWave Artists Vol. 5 – Curse of the Phantom Shadow

kat | May 8, 2018
In Fusion for LightWave Artists Vol. 5 – “Curse of the Phantom Shadow”, Kelly “Kat” Myers takes you through a CG+Live action footage mixed VFX shot from the short film by Mark Ross. This tutorial is rather advanced but even first time users of Fusion can benefit from this title and the massive amount of information that Kat passes onto you while he builds out the composite in Black Magic Designs Fusion 9.02 Every LightWave artist needs to learn how to composite CG footage into a live action shot and this title is a perfect way to get into doing exactly that. But more importantly, is learning how to deal with footage that is not of the best quality, as Curse of the Phantom Shadow was shot on a first generation Panasonic Lumix GH1 Camera at 720p in 4:2:0 MPEG format on a shoe-string budget in Mark Ross’ living room. This is where Rotoscoping comes in and some creative problem solving is needed. Rotoscoping is an essential skill all compositors must have in their tool belt and Kat shows you how to work with Rotosplines for masking of shot video as well as still photographic elements and where and how to make use of them correctly in matte control and keying tools. Corner positioner and lens distortion tools are also discussed as they are used in the comp in rather creative ways to compensate for the way the material was shot in order to get it to “line up” with the CG rendered portion produced in LightWave3D. 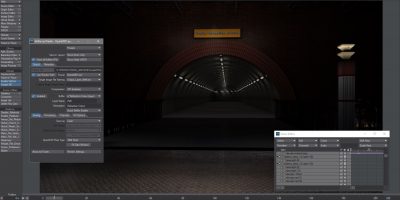 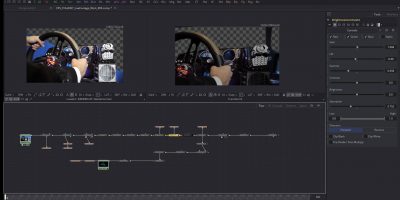 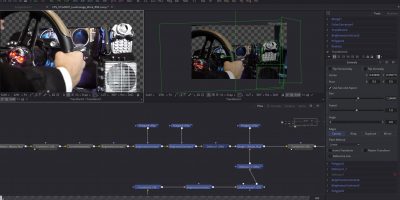 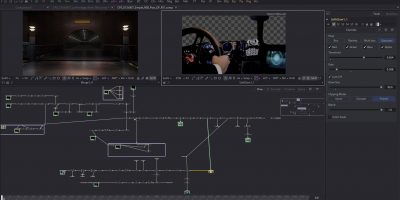 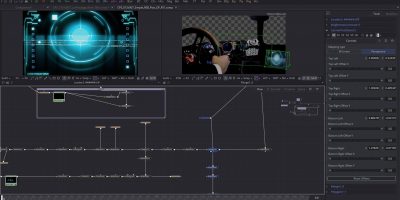 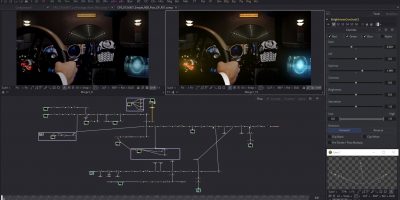 On the CG elements side of the comp workflow demonstrated in full in this video title, Kat shows you how to take a single render pass from LightWave3D rendered with several basic buffers (provided through exrTrader although LW’s native solution works just fine) into Fusion and create bitmap masks for use on Surface/ObjectID tagged portions of the rendered image sequence to isolate them for further independent adjustment. STOP TRYING TO GET EVERYTHING PERFECT IN CAMERA! Do it in comp! Save time by making use of LightWave’s render buffer technology and Fusion’s ultra-powerful compositing engine, leveraging them both to your advantage and making you a better VFX artist as a result. In this tutorial with an approximate runtime of 165 minutes, Kat takes the shot from “Zero to Hero” and you can follow along every step of the way. Provided as an optional download of just over 4GB of bonus content, the rendered image sequence, live-action blue screen footage and photographic elements as well as the Fusion Flow Comp files used to create the final shot are included. As an extra bonus, for those of you with After Effects and Optical Flares from Video Co-pilot is also provided. This is for a small final element requested by the director to finish off the shot. Get it now for only $39.95USD!
2015, 2018, 3D, After, compositing, compositing fun, curse of the phantom shadow, Effects, Film, Fusion, LightWave, TV, VFX, Visual Effects Featured, FeatureSlider, Fusion, LightWave3D, Store, Liberty Training 2 Comments » Print this News

2 Comments to Fusion for LightWave Artists Vol. 5 – Curse of the Phantom Shadow