kat | November 29, 2019
In this title, VFX artist and CG supervisor of Declaration Pictures Inc., and founder of Liberty3d.com – Kelly Lee Myers (aka Kat), shows you how to take a VFX shot from end-to-end using SynthEyes, LightWave3D and Fusion. Starting with tracking the shot in Syntheyes, Kat walks you through the basics of getting a 3D track done fast using a manual method that produces extremely solid tracks every time. From there he will show you how to set up a LightWave3D based particle snow storm, snowflakes and more. Next, proceeding to the final stages in Fusion where he discusses the ins and outs of Rotoscoping, the caveats involved when dealing with bugs in Fusions Rototools (which are being fixed right now if not already by the time you read this), and how Keyers can work to your advantage if all else fails. 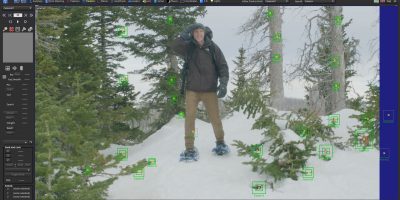 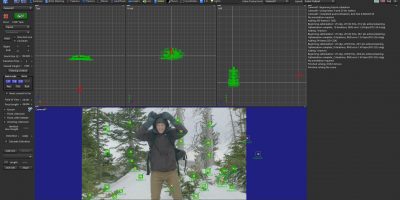 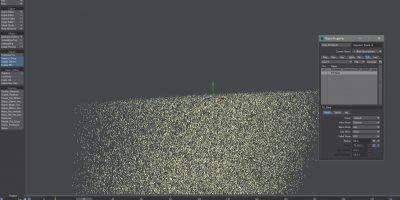 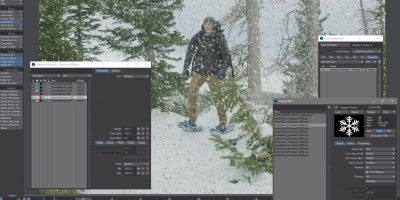 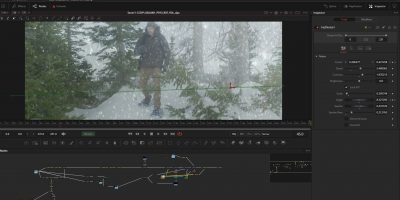 This 31 part video includes assets used in the original VFX shot that was part of a real-world VFX job for the feature film “The Christmas Cabin”. Kat and Wes Sargent completed the job in a very short time in November/December of 2018 in order to make a tight deadline for the producers to successfully sell the film at a film market conference. The completion of the VFX on time and on budget where critical in the sale being made. The film aired in November on Hallmark Channel and is now making the rounds on streaming services. More in the Practical Production Techniques series featuring this film as subject matter are in the works and this title serves as a “Primer” and will be available here on Liberty3d.com exclusively along with all previous titles in the series! Get this video now for just: $49.95
Featured, FeatureSlider, Fun, Fusion, LightWave3D, Official, Resolve, Store, Liberty Training No Comments » Print this News