kat | June 13, 2020
Kat is back with another exciting installment in the Practical Production Techniques Series! 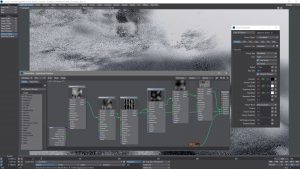 Now in the 14th volume of the series, Kat takes on a shot from a set of 3, from a low budget feature film out of Los Angeles that requires a full photo-realistic CG shot of a Boeing 747 flying over clouds in full 4K at 24 frames per second. Not for the faint of heart, but by using a suite of tools that involves Black Magic Designs Davinci Resolve Studio 16, Andressen Technolgies Syntheyes, NewTek’s LightWave3D (2020.0.1) and finishing in Black Magic Designs Fusion Studio 16 plus a little bit of render help from the ultra powerful LightForge.cc rendering network; Kat makes quick work of the task using proven and battle tested methods for pulling off a fantastic looking shot from reference footage to previs to final in just 220 minutes! (Not including render time of course). 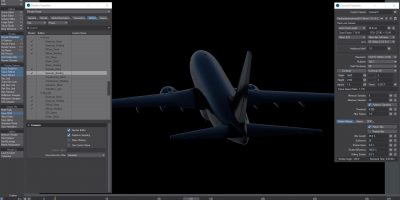 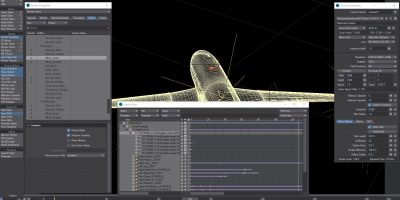 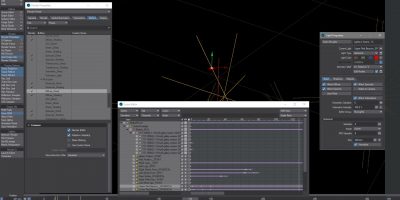 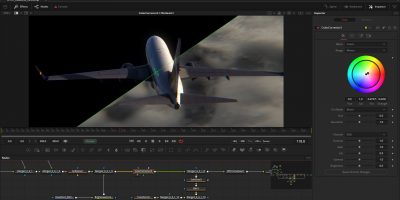 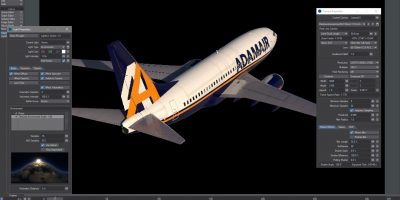 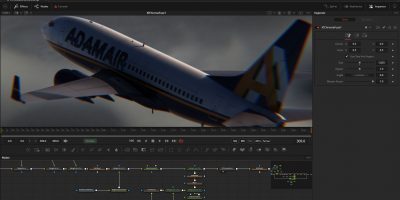 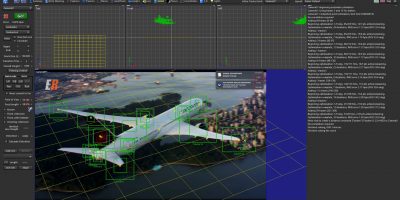 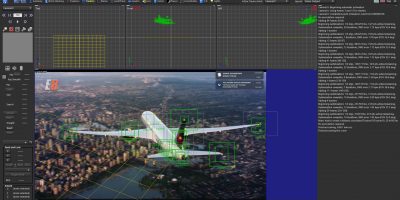 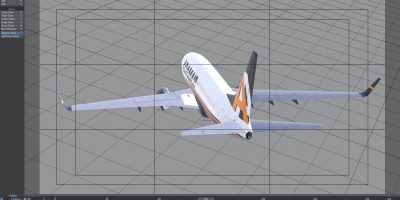 Working with a wonderful 3D model of a Boeing 747 (included!) provided by fellow LightWave3D artist who also happens to be a pilot, Catherine Smallwood; Kat walks you through each step while explaining many of the principles of taking a shot from previs to final and things to watch out for and factor in during the creation of feature film level Visual Effects that are photo-realistic using LightWave3D and the other complimentary tools to compete the shot. Learn how to produce a track of the plane out of Syntheyes quickly to produce a believable camera motion as it is based on real-world footage. From there Kat gets you into LightWave3D 2020.0.1 to set up the rest of the shot including the CG clouds and the process of making them from a single null object using the new Volumetric Primitive feature in Layout and then getting renders for both the CG plane and clouds ready for processing by the LightForge Render Network. Finally finishing in Fusion, working with the resulting “lightgroup” render buffers from LightWave3D’s rendering engine, Kat completes this VFX shot in a way that looks great! Get this 220 minute long tutorial with LightWave3D assets, Fusion comp files, Syntheyes Project and of course the training videos today! Renders are reference footage are unfortunately not included due to copyright reasons and because it would make the package over 100GB in size to download. Just $39.95USD
Featured, FeatureSlider, Fun, Fusion, LightForge, LightWave3D, Resolve, Store, Liberty Training No Comments » Print this News