What is the Ultra-Camera bundle?

Simple! It is the ultimate triple threat of tools for LightWave3D artists who take pictures seriously, especially those venturing into the realm of VR! 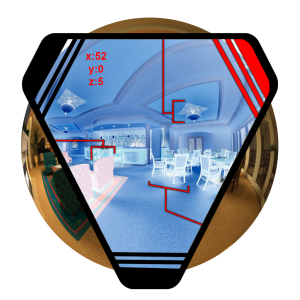 Get everything you need to do the job and do it right! You get UberCam 2.6, RRCam and VR Scientist 1.0 for $80 dollars off what it would cost if you bought them separately. Why you need this bundle? If you are going to do a VR project with LightWave, making use of Immersive 360 format material, then there is simply no other combination of tools available that will provide you with everything you need to get the job done, especially if you want to do Immersive 360 degree rendering for VR display in stereoscopic. This bundle includes all the tools and functionality required to produce a VR project of this nature with LightWave, while enabling you to work efficiently. Among UberCam’s 19 specialty cameras you will find our ground breaking VR Mono and VR Stereoscopic cameras for Immersive 360 rendering. 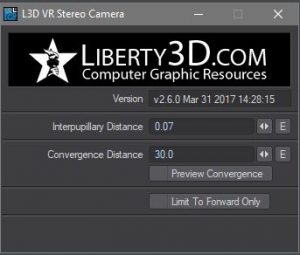 These two cameras alone are worth the price of UberCam and they can not be replicated in LightWave3D natively via the Advanced Camera, no matter how hard you try! It’s mathematically impossible! Many LightWave users have tried, all have failed. Trust us on this one. Don’t waste time trying to get stereoscopic VR to work using it either. Turning on “stereo” if you manage to get a nice, somewhat distortion free, rectilinear image out of the Advanced Camera; will not cut it! Only our VR cameras in UberCam 2.6 can do the job properly. 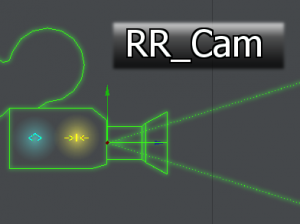 Secondly, when manipulated via RRCam in Layout any of our Ubercam cameras or LightWave’s native cameras can be controlled like never before. For VR this is very important when it comes to the nature of the camera moves utilized. Tame your camera moves with this awesome tool. Practically all of the functions of a selected camera become accessible via your mouse scroll wheel allowing you to keep the camera properties panel close and out of your way. With built-in spline path functions with RR Cam and its non-destructive workflow, you can make short work of sophisticated (as well as some seemingly simple) camera moves that drive even the most seasoned LW artists nuts! Considering VR camera work is fundamentally different than conventional camera work, you are going to need RR Cam’s wide array of functions to keep your camera moves under control yet natural. It’s perfect for use in VR Roller Coaster style camera animations for example. Last, but not least… Do you want to make sure your VR project is going to come out looking right? Absolutely you do! You have the target headset on your desktop, intent on using it during your time working in LightWave to check renders as you go. You just haven’t tried pulling up any of your test renders on it just yet but you will figure it out… right? Well, you are in for a little surprise! VR presents some rather interesting challenges when it comes to quickly and easily viewing an Immersive 360-degree render such as produced via the UberCam VR mono or stereoscopic cameras. HMD companies kinda screwed the pooch here on this one with their “landing zones” and “gate ways”. To view a simple render can be a pain in the neck! For example, are you tired using a 3rd party viewer app requiring you to side-jack your Samsung phone into the GearVR any time you want to check the results of a render because it’s “quicker” than going through the Oculus GearVR home screen, find the photo app they included with your unit and fight with that interface? Does the Oculus Photo Gallery got you down with the constant crashes?? HTC Vive photo viewers leave much to be desired? If you answered yes to any of these questions then we certainly feel your pain.  The process of getting an image up on the devices we’ve been working with ourselves almost discouraged us from working in VR! It’s that convoluted and time consuming to check things repeatedly as you try and dial stuff in. Oh, and what exactly are you looking for once you finally do get an image up for viewing on a HMD? 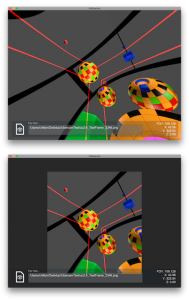 Well, this is why you need VR Scientist 1.0, and why it’s part of this bundle as it solves all of these problems! Supporting  HTC Vive and the Oculus Rift (CVS1) HMDs on the PC only, VR Scientist can however, be used without a headset and thus is also available on the Mac. VR Scientist was specially designed to easily view VR format images produced by computers using software such as UberCam and our VR Cameras with Lightwave as well as those taken with digital photographic cameras. Simply point it at a folder to watch for renders as you work and it will automatically pull up the newest one and display it on the device. No manufacturer welcome screens, no stupid “home menus”, no more dealing with buggy photo viewer apps. No more hassles. It just works. 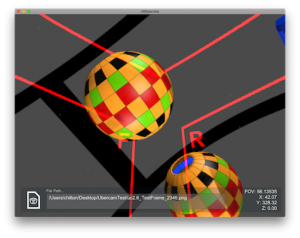 Easily find mistakes in your render, in your scene, or in your photos. Use the Edge Tracker if you’re using stitched images, to quickly look at the parts of the render that were stitched. Use the Stereopsis Tracker to see the average boundaries that your user will encounter when they look at an image. Use the zoom to tighten in on a small part of an image, and the arrow keys to flick between pics. The ease of this level of analysis is virtually impossible with other tools. Get all 3 tools in this Ultra-Camera Bundle for just… $118.90USD (Limited time special)[wp_eStore:product_id:394:end]
Store, Tools, VR No Comments » Print this News