kat | March 30, 2018
In a flurry of activity we have not seen since the LightWave3D 9.x development cycle, the LightWave Group has released yet another patch for LightWave 2018! Go to your accounts at www.lightwave3d.com and download the latest patch now. 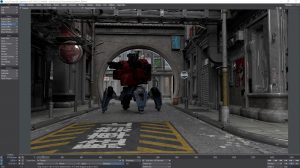 For those of you who have no upgraded, you must upgrade by March 31st to save on your upgrade. Don’t hesitate. The price is going up on April 1st! Here is the changelog for the new patch (2018.0.3) if you are interested in finding out what they have been up to since the previous patch release. There are a lot of fixes in here on top of many more that came in the previous two patch releases. This is wonderful! Thank you to the developers at The LightWave Group! Keep kicking ass =^..^=__! LightWave users! Show your support! Upgrade your copy today!
2018, LightWave3D, upgrade FeatureSlider, Industry News, LightWave3D, Official, Liberty Training No Comments » Print this News