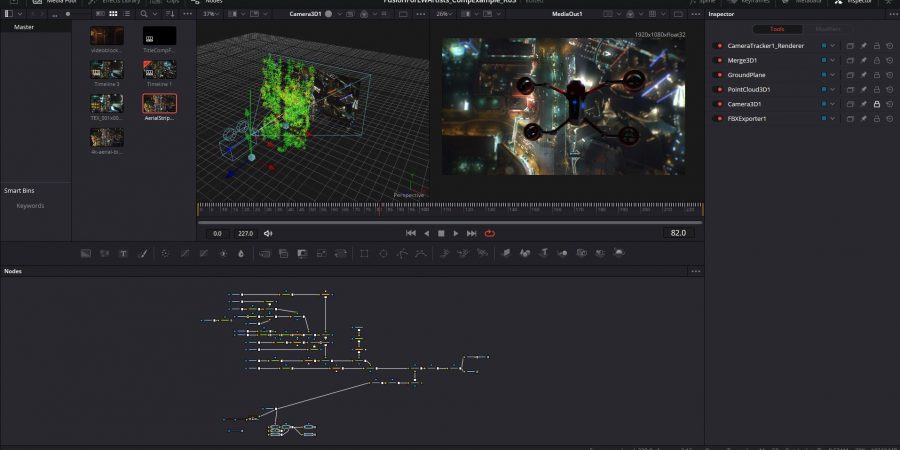 Fusion for LightWave Artists Volume Eight is a great tutorial for LightWave artists who want to explore Fusion inside of Davinci Resolve (ver 17.x) as Kelly “Kat” Myers walks the viewer through an entire VFX shot from start to finish.
This title makes use of a StoryBlocks stock footage piece of the Las Vegas strip at night (not included, obviously) and is 3D camera tracked using Fusion’s 3D Camera tracking tools. 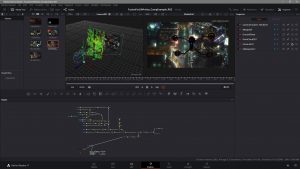 Once in LightWave3D, Kat shows how to set the 3D elements up in the shot and prepares it for lighting using some very unique tricks emulate light coming from the aerial BG plate in a way that he has not shown before and how this lighting helps “sell” the shot in VPR and later in Resolve Fusion Studio after rendering the shot out using LightGroups and Render Buffers for maximum control of the look of the CG elements. 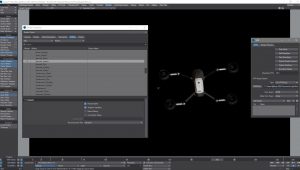 Video Run time is approximately 300 minutes and split into 15 easily digestible parts making it a perfect learning session for hobbyist and professional users, alike even if you have barely opened up Resolve+Fusion Studio. 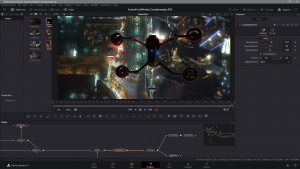 More in this series will be produced as Kat continues to produce training for VFX artists looking to ramp up their Fusion skills so as to be able to pull of high end TV series or Film VFX shots at will. Yes, the Fusion Comp file, exported from Resolve is included so you can rip it apart and see how things went together!
Get this awesome title for just $24.95
2018, 2019, 2020, 3D, 3D track, Fusion, Kat, LightWave3D Featured, FeatureSlider, Fusion, LightWave3D, Resolve, Store No Comments » Print this News