TurbulanceFD, the fire and smoke voxel plugin which has been used in productions such as Terra Nova & Iron Sky, has finally moved from beta to an official v1.0 release

TurbulenceFD simulates and renders all kinds of gaseous fluids like fire, smoke, explosions, vapor, mist, dust and clouds. Its intuitive workflow integrates fluid dynamics seamlessly into existing scenes by using any type of animated object geometry as emitters or solid collision objects. TurbulenceFD has already been used in several TV and film productions including

Built on advanced Multigrid solver technology, TurbulenceFD provides outstanding simulation performance that scales well to the hundreds of millions of voxels and beyond. It’s simulation pipeline supports processing all features at their full quality on the GPU. In GPU mode, the simulation achieves speedups of up to 12 times the CPU performance. When running out of GPU memory, a fallback mechanism continues simulations on the CPU automatically.

TurbulenceFD features a real-time viewport preview that enables a very intuitive shading workflow as well as direct visual control of the simulation results. The Volumetric Renderer employs efficient sampling technology that reduces the render times needed to get noise free results for large scale smoke simulations as well as the thin layers used to shade flames. A color simulation based on the physical black body radiation model provides realistic high-dynamic range fire colors without sacrificing artistic control. Multiple Scattering is calculated without noisy sampling, which makes it very effective for use in animation. TurbulenceFD features a sub-grid detail mechanism that adds procedural detail to the fluid at render time that does not require any additional simulation time or memory.

A free Learning Edition with no time-limit is available for download atÂ http://www.jawset.com/try 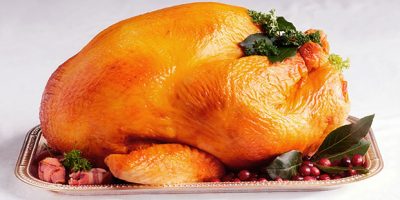 Thanksgiving Special! 25% off on almost everything in the store!

Our 10th annual Halloween special is on! Use the code: SPOOKYLW30L3D And get 35% offRead More

Just about 1 hour ago, NewTek’s LightWave Group released the latest in the 2020 seriesRead More